Samantha Zellem grew up around the trucking industry, and she’s proud to carry on the family legacy at J&J, where she recently was promoted to purchasing manager.
A graduate of the Somerset County Leadership program and a member of Women in Trucking, she has no problem working in a mostly male industry.

Trucking Is In Her Blood

“Whether we are in the office or in the field, we can do it just as well. I drive a truck and trailer, and I can back it up. It’s scary, but I can back it up,” she said with a laugh. “That’s how I was raised. I’m a third-generation truck drivers’ daughter It’s never been intimidating to me because I’ve dealt with it my entire life. My voice just gets louder.”

Zellem has been with J&J for four years and has found a home with the family-owned company, which she said offers an atmosphere that larger corporations often lack.
“There is a sense of respect across the board,” she said. “They know you. They know your name. They understand that you have children, that you have a life outside of work.”

A West Virginia University graduate, Zellem started her career in the oil and gas industry, where her gender made her a minority. When she first came to J&J many of the male welders would stop working – so as not to send sparks flying in her direction – when she walked past.
“I’m not kidding you – when I walked through work sections, the guys would stop welding until I had walked through,” said Zellem. “I’ve got the same hard hat and safety glasses on that they do, but they would physically stop as I walked through.”

Making A Name For Herself

Zellem, who has been with J&J for four years, said that made for awkward moments, even if the workers didn’t intend to be disrespectful. In fact, it was the opposite.
“There is a sense of big brother, father figures out there,” Zellem said of the J&J shop floor. “They want to make sure that you’re taken care of, and they’re helpful. When there disagreements, they can yell and get loud, but they’re helpful.”
While most of her contacts outside of the company might not treat her any differently, Zellem doesn’t mind if they initially think they’re dealing with a male.
“I purposely sign my emails to new vendors as Sam Zellem until I have established a conversation, and then I let them know that I’m a female,” she said. “I’ve done it since oil and gas, and I do it here. Once we acknowledge that I know what the hell I’m talking about, then I’ll let them know.” 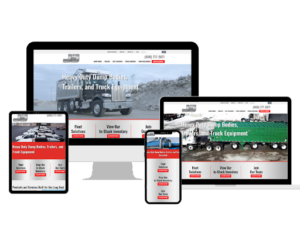